Skip to the content
Institute of Applied Economics and Social Value

The trade-offs from an individual contributing to a group task can be framed in different ways. We could focus on the positive externality that results from the individual giving to the group – ‘if you work hard then everyone benefits’. Or we could focus on the negative externality that results from not giving to the group – ‘if you do not work hard everyone suffers’. This is a positive-negative externality dimension. We could also focus on taking from the group (versus giving) – ‘if you do not slacken effort then everyone benefits’ or ‘if you slacken effort everyone suffers’. This is the give-take choice dimension.

Previous experimental evidence on framing effects in public good games throws up some mixed results. In a previous paper Edward Cartwright argued that this was because the give-take effect was confounded with a positive-negative effect. The current paper puts that conjecture to the test by explicitly separating give-take and positive-negative dimensions in a new experiment with 188 subjects. The results were not as expected. There is evidence of a give-take framing effect consistent with prior results in the literature. In particular, behaviour tends to be more extreme in the take frame with an increase in the proportion contributing nothing or everything. There was, however, no evidence of a positive-negative framing effect. This is a surprise given the prior results in the literature and suggests further work is needed to fully understand framing effects. 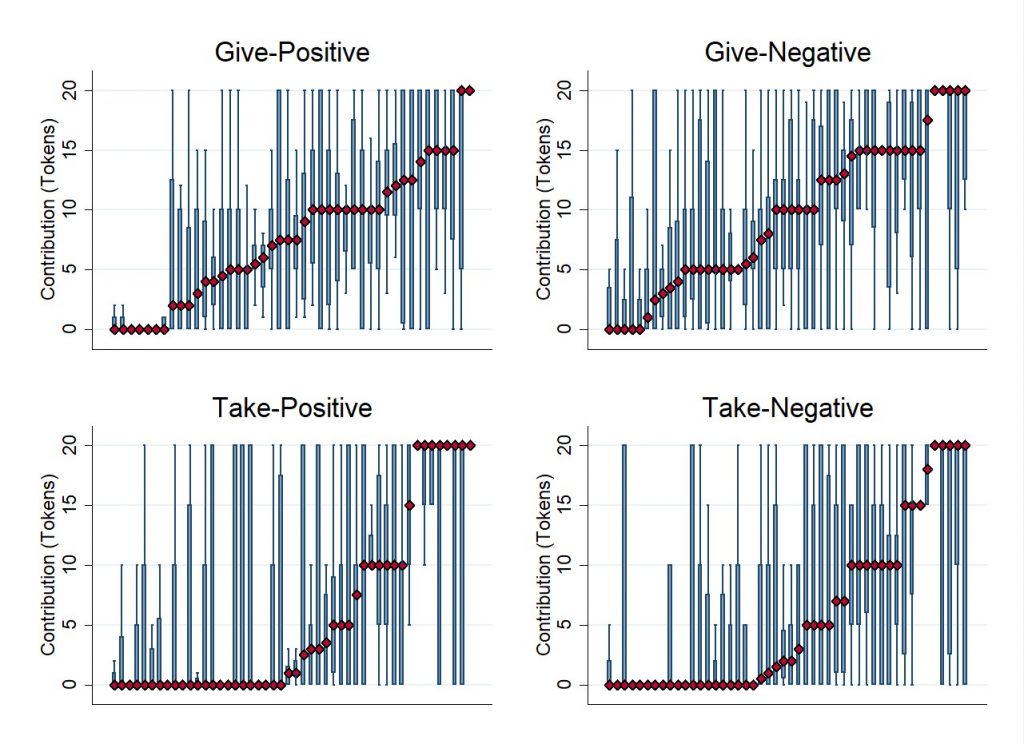 So, if you have a choice of how to frame contributions to a group task, what should you do? Well we do not have definitive results, but the safest bet is probably a positive-give frame. So, should you emphasize that by giving to the task the individual can positively benefit others. If that sounds like common sense then it is interesting to reflect that things are often framed in a negative way emphasizing the consequences of not doing something.

© 2023 Institute of Applied Economics and Social Value — Powered by WordPress

Theme by Anders Noren — Up ↑