Skip to the content
Institute of Applied Economics and Social Value

There is an emerging consensus for a new approach to humanitarian action: what will it look like? 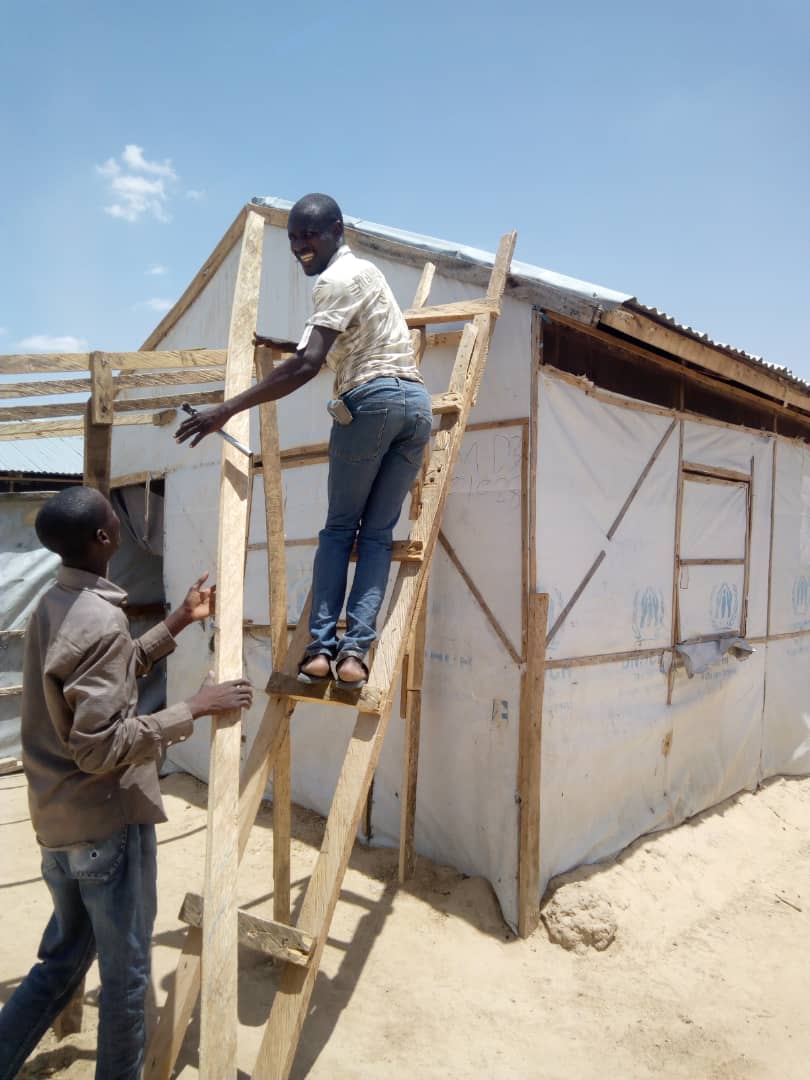 I recently returned from participating in the Humanitarian Networks & Partnerships Week 2020 (HNPW 2020), thanks to the support from DMU’s Institute of Applied Economics and Social Value. The event, which was hosted by the United Nations Office for Coordination of Humanitarian Affairs (OCHA), brought together practitioners, scholars and other stakeholders from a whole spectrum of disciplines and backgrounds across humanitarian, development and private sectors. The event, which holds every two years, “aims to foster year-round collaboration between networks and technical experts in crisis preparedness and response, to find and implement solutions to common challenges”. This year’s event was held between 3rd and 7th February at the International Conference Centre in Geneva. I gave a presentation at the session titled: protracted crises, resilience and basic services- evidence and action.

Like the session in which I was a panelist, much of the conversation at the HNPW 2020 focused on the need for a new approach to humanitarian action to achieve better outcomes and value for aid money. Among other things, there is a recognition humanitarian crises are increasingly protracted. This is especially, but not exclusively, the case with man-made crises such as those associated with wars, terrorism and protracted communal crises. These crises are interlinked with a range of political, economic, sociological and environmental factors that are unlikely to be effectively tackled by traditional short term humanitarian interventions. In other words, the factors precipitating or aggravating these crises require other expertise and contributions outside the humanitarian domain. There are, for example, development, economic, and ecological issues at the heart of most protracted humanitarian crises. There is therefore a critical need to widen the sphere of disciplinary and sectoral collaborations. This conversation has given birth to the idea of the triple nexus, bringing together humanitarian, development, and peace issues.

The triple nexus sounds like a good idea on paper. However, an idea is ultimately only as good as its operational effectiveness. So, how does this grand new idea work in practice, in terms of programme design, implementation and monitoring and evaluation? And how, given the territorial instincts that often characterise humanitarian and development sectors, can practitioners and scholars from various sectors work well together? Furthermore, what is the implication of this new conversation for the future of what is often described as the “aid industry”? Is there a vested interest in maintaining, rather than necessarily reducing, humanitarian crises in the world, or this is an example of unwarranted cynicism?

For my part, I am especially interested in how the agency of affected people fits within this conversation. So much has been said about the need for practitioners and scholars from various sectors to work together and work better, and rightly so. Comparatively very little is said about the affected people themselves, in terms of input they can make to humanitarian programming and implementation. Affected peoples are often cast mainly in the roles of victims to be helped, not so much actors with the agency to find a way and forge a new future for themselves during and after humanitarian crises. I hasten to say that the work humanitarian actors do in troubled places are critical. In most places, without the urgent interventions of these multilateral organisations and NGOs, the number of casualties and fatalities would be much higher. More often than not, without these urgent and timely interventions, hope becomes a rare luxury for affected people, and long-term recovery is impossible. Only the living can hope, after all.

Nevertheless, there is little good, in the long term, in a state of affairs where affected people are conditioned to a state where they have to depend perpetually on handouts. Yet this is often the unintended consequences of humanitarian interventions. Take the following for example: in our ongoing study in Northeast Nigeria, we observe that at the initial stage when people were forcibly displaced from their homes by terrorist insurgents, their instinct was to get as much temporal help as they could get and return to normalcy as soon as possible. Our respondents greatly appreciate the help of humanitarian organisations, but they also did not particularly enjoy living in camps, where they felt restricted and constrained, unable to do anything for themselves. However, the longer they stayed in the camps, the more they became used to receiving daily rations and handouts. Many of them, after 18 months, were no longer willing or enthusiastic to leave the camp. They seem to have acquired dependency.

We also found, more importantly, that non-material resources play a significant, under-reported role post-crisis response and recovery of households affected in humanitarian crises. Specifically, we found that the bonding social capital that exists in familial and neighbourhood networks and within ethnic and religious groups are important sources of support for affected peoples. This is especially so in the immediate aftermath of insurgency in Northeast Nigeria, often before humanitarian agencies arrive at the scene. Here, affected individuals rely heavily on their close network of friends and families to help them relocate and provide critical supplies, at least in the first few days of relocation. Thereafter, they continue to draw emotional and pyscho-social- as well as material support- from these networks. Similarly, bridging social capital, in the form of networks across ethnic groups and locations, play a significant role in the coping strategies and recovery capacities of individuals and households. In cases where the displaced have been brought together from different places, the new friendships and alliances they forged become critical sources of support. This is especially the case in terms of enabling access to new entrepreneurial opportunities. The bridging networks were sources of access to markets, and they were also channels of new skills acquisition among the displaced. In turn, the new entrepreneurial opportunities play a key role in shaping the coping strategies and livelihood outcomes of the displaced. I discussed this at length in my panel presentation at HNPW 2020. You can watch the entire session here.

In summary, our study points to new opportunities for humanitarian actors to stimulate social and human capital among crisis-affected people purposively as part of their interventions, with the aim of better outcomes and value for aid money. More importantly, such an approach would move the agency of affected peoples from the periphery to the centre of humanitarian action, where they are not merely seen as recipients of aid, but co-opted as co-creators of more effective, long term solutions.

© 2020 Institute of Applied Economics and Social Value — Powered by WordPress

Theme by Anders Noren — Up ↑